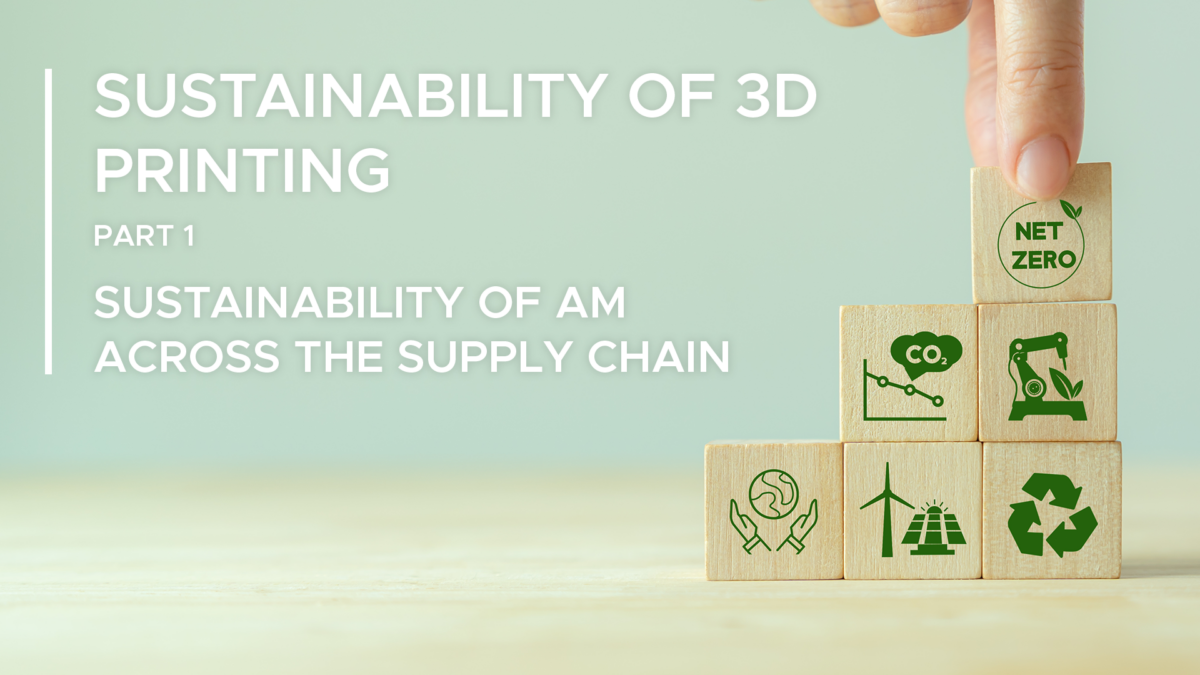 How 3D printing improves sustainability across the supply chain

A lot of people are becoming more and more aware of the importance of sustainability, and so it becomes a bigger part of our daily lives. People separate their plastic waste from their bio and paper waste, use public transport and green energy. Also, within the production sector the focus on sustainability is getting bigger, not only because end customers start demanding this, but also because of new regulations. One of the solutions for a greener supply chain is additive manufacturing, also known as 3D printing. In a series out of 3 we want to guide you through several different aspects of additive manufacturing sustainability across the product lifecycle. In this blog we want to start with the first steps from design to production and the rest of supply chain.

3D printing offers a whole new way of designing products. It allows the creation of topology optimized designs. This means by redesigning, the 3D printed part can accomplish the same task and even maximize the performance compared to the original part using less material. Moreover, companies can improve a part design that consists of several pieces by redesigning it and printing it in only one unit (part consolidation). This results in less material and energy consumption during production. Furthermore, it reduces the effort as less parts have to be manufactured and welded or screwed together in the assembly process. Finally, part consolidation can offer better performing parts with increased durability. An impressive example shows the additive manufacturing of catalyst aircraft engine components of General Electric (GE). Instead of 855 engine components, only 12 titanium parts have to be produced using additive manufacturing.

In the area of production, there are especially two things that we want to look at: the material consumption and energy efficiency. In traditional manufacturing methods there is always material needed that is not part of the actual product. In subtractive manufacturing for example, like CNC and turning, a block of solid material is being processed and not needed material is removed to achieve a final shape. In additive manufacturing however, the material usage is much more efficient.

FDM is the best example for it: Parts are built layer by layer adding only the material that is needed, so there is basically no wasted material other than support structures (Figure 2). In other additive manufacturing technology, using powders (like SLS, MJF, SLM) or resins (SLA, DLP, etc.) it looks a bit different. For powder technologies a full layer of powder is built, which is then being processed by a laser or a fusing agent (depending on the used technology). After the first material layer is processed, a new full layer is added until the part is finished. All the powder around the part is not processed, which means after the print is finished unprocessed powder can be reused for the next print (reusability could be achieved for up to 100% of the material). For technologies using resins, such as SLA and DLP printing, the process is similar as the above-described powder technologies, however instead of powders, resins are used.

Let’s have a look at the “downside” of additive manufacturing: Support structures in AM and failed prints can lead to new waste streams. Support structures are often needed, especially for more complicated parts, and many times engineers have to scrap multiple parts before finding the right printing parameters and build orientation. Simulation and greater experience in 3D printing however will prevent these fails in future. Simulation shows how the part will behave during the printing process, predicting possible issues beforehand and therefore reducing waste in production.

Looking at the energy consumption during production, is 3D printing really sustainable?

After analyzing several studies about energy efficiency of 3D printing, the answer is not as simple. Due to very individual use cases (machine, product and process characteristics), comparability of traditional methods and 3D printing is not always generally possible. While compared with subtractive methods, 3D printing can be more energy efficient (especially due to lesser material consumption). The energy consumption of 3D printing compared to injection molding is generally considered to be higher due to a way longer production time per part (less than a minute per part for injection molding, several hours for 3D printing). However, other factors such as the energy consumption for producing the mold, the production volume and material efficiency have to be taken into account. When looking into lower volumes, it becomes a fact that additive manufacturing is a more sustainable production method, regarding energy efficiency.

The production on-demand will reduce waste in warehousing

Besides during production, additive manufacturing also shows its sustainable benefits in the rest of the supply chain. First of all, in the inventory. With other manufacturing methods many times a minimum lot size is needed to make the production cost efficient. This often leads to overproduction and a huge amount of parts laying around in the warehouse. This not only increases costs in inventory, but also the risk, in case the parts are not being sold. In the end, it can happen that a lot of parts have to be scrapped if customer demand was lower than expected. Especially in spare part business, this can be a huge problem: Companies are bound to suppliers, who often only sell their parts with huge minimum order quantities, even if only a hand full of spare parts are needed. There are even companies that have to scrap spare parts worth more than 1.000.000 euros per year because of this.

With additive manufacturing it is possible and affordable to produce only the number of parts that are needed. No huge inventories have to be created, because the parts can be produced on demand. An example of this is the 3D4U project of Miele, where Miele’s end-customers can order 3D printed parts via Miele’s online shop which are then being produced and shipped by Replique and BASF Forward AM. In this process there are no inventories created, and the parts are being produced on-demand, with a promised total lead time of 5 working days including shipping. This shows that 3D printing can offer fast and affordable parts while being cost competitive.

With the introduction of additive manufacturing, there is a shift from linear manufacturing with centralized distribution to a decentralized network of suppliers, production partners and customers. Complex supply chains with multiple supplier levels will thus become much simpler. The option to produce decentral and minimize transport movements, of course comes with a positive impact for the environment. In traditional manufacturing, usually parts are produced in a central manner, as is it just more cost efficient and simpler. After producing the parts centrally, they are shipped to wherever the part is needed, which could be on the other side of the world.

Additive manufacturing makes a decentral production possible. Reason for this is that there are no high investment costs for specific machines. The printers can be used for all parts within the same printing technology, so one machine can print a large number of parts. And the person working with the printer only needs to be educated on how to operate the printer and does not need specific education for a produced part. By this, parts can be produced decentral, where they are needed. This both reduces the carbon footprint of the transport and the lead time, especially in times of supply chain disruptions.

A positive impact of decentral 3D printing was seen for example after the devastating earthquake in Nepal in April 2015. Oxfam, a charitable organization, supported the country by 3D printing needed parts directly in the rural locations, leading to a quicker availability compared to ordering them.

Now it is your time! Do you want to make your supply chain more sustainable? Contact us and we can have a look at your parts. 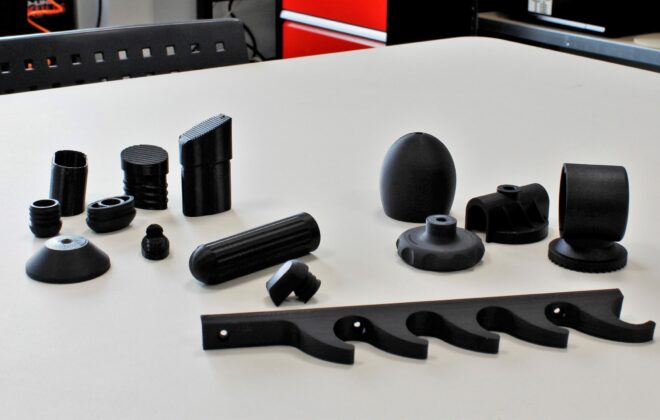 Replique and Siena Garden present the Eternal Spare Part – produced on demand, locally and at any time 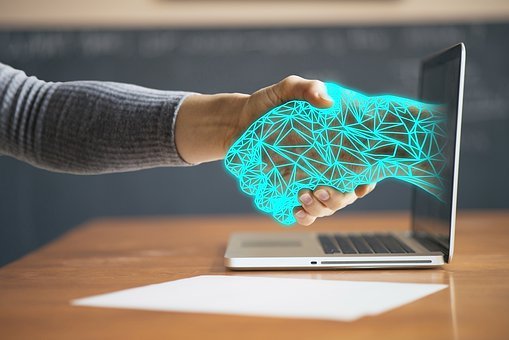 How to improve your aftermarket management with a digital inventory 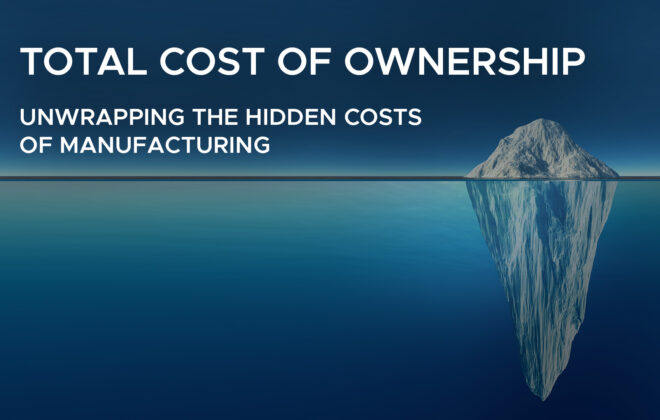 Total Cost of Ownership – Unwrapping the hidden costs of manufacturing